Typically, in our efforts to drive corporate growth, we seek opportunities that are big enough to “move the needle,” meaning large enough to be material to what may already be a large company.  After all, we can’t grow a $20B company by 6% a year by means of $10M opportunities, right?  So, we seek needle-moving innovations, or acquisitions, or startups, or major cost-reduction efforts.

This can indeed work when the opportunity is large enough and your competitive “edge” is truly significant.  And we are all beneficiaries of major innovation efforts that have succeeded.  But the fact is that most large undertakings fail:  More than 70% of acquisitions fail to return their cost of capital.  Only 1 in 20 startups survive.  Many substantial cost-reduction efforts produce negative secondary effects that are far more costly than the cost-reduction efforts themselves.  And fewer than 10% of major innovation efforts pan out.

As an economy, this is fine, since there are plenty of companies who believe they can beat the odds. But for an individual company, big innovation undertakings are particularly risky.  In most instances, companies would be much better off exploiting a pipeline of innovation “singles” that both return their investment more certainly while also positioning the company favorably for the future.

In baseball, only runs count, right?  Well, the statistics tell us that a team’s on-base percentage is far more indicative of their overall success than their home run total.  Why?  Because every player that gets on base is a potential run scored, and every subsequent single is an opportunity for a runner to cross home plate.  And it’s a lot easier to get on base than it is to hit a home run.  It’s the same with innovation.

Just as every runner on base is a potential run scored, every innovation single is an opportunity to acquire new customers, create new value-delivery mechanisms, and build new skills.  A big, home run innovation that fails may leave little behind but bad feelings and a big hole in the P/L.

Part of the key is hit rate, meaning the fraction of opportunities pursued that pan out.  And hit rate is largely a function of two factors:  Does the opportunity address a genuine customer problem (for which people will pay to have solved) and do I have capabilities that will allow me to tackle the opportunity in a competitively superior way.  In other words, for those of us who are fans of Don Schrello’s classic framework: “Is It Real?” and “Can We Win?”

Aperture has built an analytics engine that addresses reality and winning head-on: Aperture’s offerings are built on a database of 2+ million problems-to-solve gleaned from hundreds-of-millions of publications, with specific problems sometimes mentioned thousands of times. Aperture takes this a step further and explicitly links those problems to your company’s unique products and process capabilities.

If you want to be a home run hitter, we don’t want to discourage you.  If you’ve really got an edge, there are indeed huge, high-risk, high-reward opportunities for you to pursue.  Or, for a tiny fraction of the cost and risk, you can use Aperture to identify a plethora of real, winnable opportunities that you may be able to pursue immediately, and which can easily position you – with runners on base – for larger future opportunities. 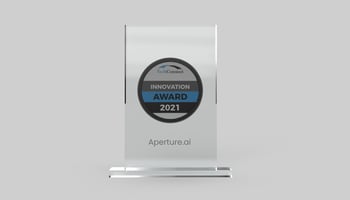 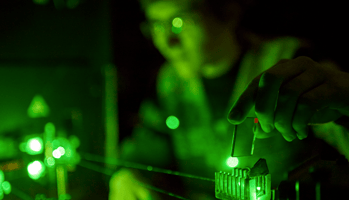 What if "technology push" really worked?

It is an article of faith among many new business development professionals that pursuing growth... 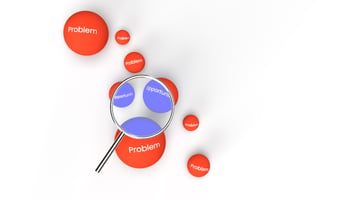 All Life is Problem Solving

Karl Popper, the celebrated Austro-English philosopher of science has famously said, “all life is...